What is Root on Android and The Benefits

And meanwhile Unroot is a process to removing the Root access to turn back the system to original. People unroot his android smartphone often because the negative effect of rooting like we can not receive update On The Air (OTA) from the official smartphone developer, many application force close, few bugs, and other. 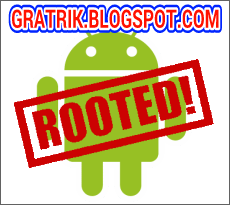 Example of benefit or advantage from rooted Android device / smartphone

* My Samsung Galaxy V (Android Kitkat 4.4.2) can not do "write" operation (make file / folder, extract, moved to, etc) in external sdcard, except by system application, as it is one of limitation in Android Kitkat. But after I rooting it, so the system will become accessible to modify. I can solve the limitation can not write at external sdcard, by modifying some little part of code at the system of my Samsung Galaxy V, and voila! Problem solved.

* With rooted device we can delete the bloatware or the default system application that we don't need, so we can save the internal storage space or even save more RAM.

* Boost performance and increase the usage value of our android smartphone, because some of cool application can only be run in rooted android device.

It's sooo... many benefit and advantage on a rooted android device, but remember "As well as great power, comes great responsibility". It is safe to root our android smartphone (i have prove that by doing root and unroot many times) as long as we stick to the instruction and procedure. But at the same time we also must be more carefull, because after rooting our android device the system is become more "opened".