Virtua Tennis 3 is a tennis game originally released for Playstation Portable (PSP). This game is also playable on other devices like Android, iOS, or computers using PPSSPP emulator / software by dumping the game into a .iso ROM file.

Virtua Tennis 3 PSP game is featured by most popular tennis player in the world like Rafael Nadal, Venus Williams, Maria Sharapova, etc. This game is also interesting because it have many game modes, and minigames included.

In Virtua Tennis 3 PSP game match mode is also have all of match type starting from single men, single women, double, and also mix-double match. And also do not forget the minigames like smashing the giant pin, avoiding giant tennis ball, smashing bomb!, oh it is so ridiculuos yet funny.

But I think the best mode where you will get interesting most is the career mode where player create his own character to start journey on his tennis career starting from zero to the proffesional debut by participating on all international match event. But do not overwork yourself, or you will exhaust and cannot participate on another events because of it.
On career mode when creating the character, player can choose his gender, face, hair. Your character can grow stronger by equipping better and the best equipment such as racket, torso, pants, accessories, etc in order to help him beat more and more stronger rival. 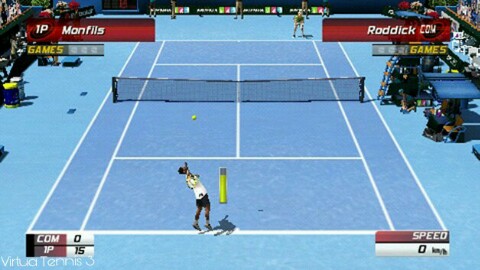 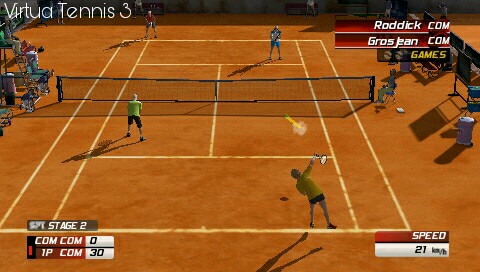 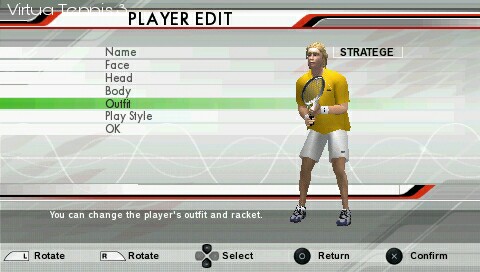 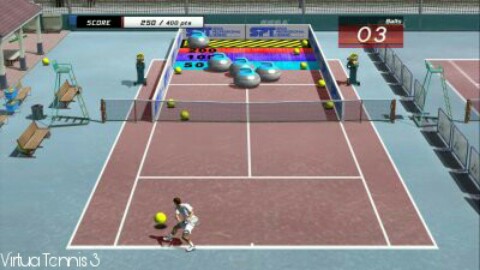 Performance, Virtua Tennis 3 is run on my Android phone Samsung Galaxy V with decent speed. Maybe that is because my phone is a low end one, so I can not reach high speed and frameskip especially when play on double match. But it still run very well, and "OK" speed for me and I can enjoy it very much.