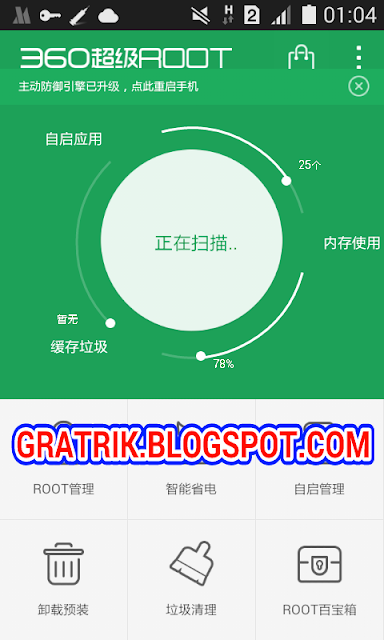 If after no. 4 process the round is not change and just appear a pop-up like following image, try to restart / reboot smartphone, then open again the 360 Root app and see if the white round button change and appear numbers like image above, if not then the rooting process is failed and try to restart the steps above. Note: If you fail many times like more than 5 times, then maybe this app is not suitable yet for your Smartphone or it's Android version. 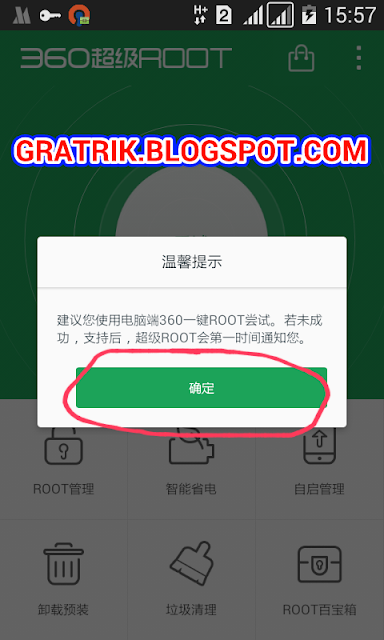 (Tap the green button, then restart)

We also can download and install Root Checker.apk Android Application to see more detailed on our android device root status (just remember to give the app superuser access rights, like following image).

When an application ask a system access permission, then there will be a pop up from 360 Super Root app just like following screenshot, tap the left white button to give it a superuser access rights. 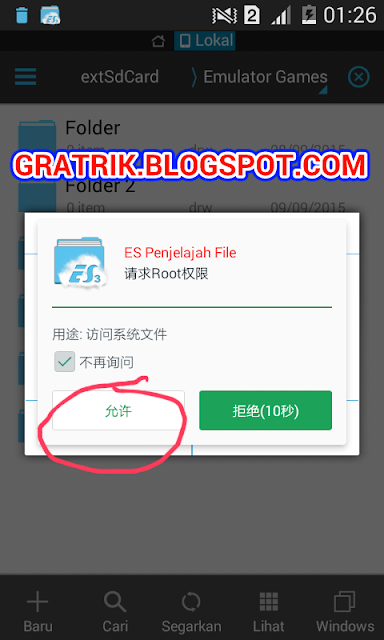 One more thing, if the rooting process success, 360 root app will automatically add 2 shortcut icon to our launcher homepage (if there is still empty space in our launcher homepage), the one is just like same to open the 360 Super Root app and the other one is a shorcut to superuser management with lock icon.

Note: The unlock "Developer Option" in your android smartphone maybe can be one of caused the fail rooting process. So if possible try to do a factory reset / wipe data first if you have unlock the Developer Option.