RAM (Random Access Memory) is a part of your Android device where the running application data is on processing. The size of current empty space of your Android device RAM can be affect the speed and it's responsibility. Example if the RAM is empty, the app data that is running can be straight written into the RAM. But if the RAM is full where no space left for new app to running, the Android must "kill" other app process first to make some space for new app to be running, and of course this take 2 times more work for the Android system that make it slower and less responsible. More work, means more battery needed.

Greenify is an Android application that can be hibernate apps that you think you don't need it to be running a whole day long, so it can saves RAM space. So what's the different of Greenify with other task killer application? Task Killer application like DU Speed Booster or whatever you download just stop the process of running apps, then the stopped app will be back to running after a while. Greenify is not a task killer app, but it's an apps hibernater :v . Application that is already hibernated by Greenify will stay "dead" and sleeping until you yourself open or running the hibernated app or the system itself wake the app.

Additonal requirements
You can activate some additional features in Greenify and optimize the work if you have the following things (it's not a must, you can still use Greenify without these but just the option is limited):
1. Rooted Android device.
2. Xposed installed.
3. Update latest Busybox.

1. After you have install Greenify, Open the Greenify app and tap on "+" icon to add some apps to your hibernated list. 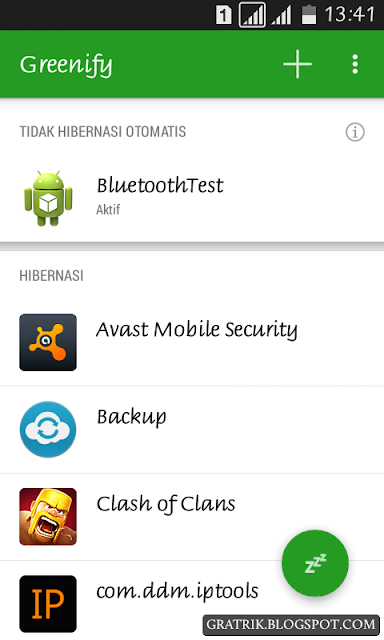 2. You can choose apps that you think you don't need the app to running forever in the background. Carefull if you want to hibernate the system app, make sure you exactly know what is the app function. 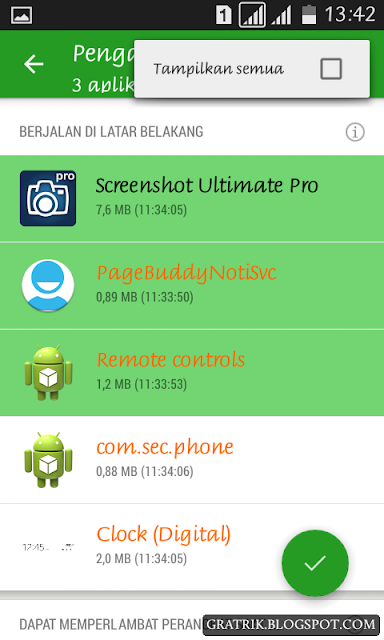 3. Apps that you have include in hibernate list will start hibernate after a while the screen off. Beware that some app like system app won't automatically hibernate tough. You can tap on "zzz" icon to start the hibernate for all the apps immediately, this is very usefull if you are going to run intensive task like gaming or multitasking. 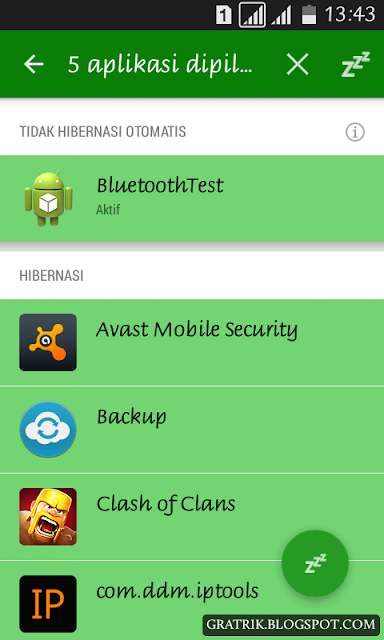 4. Remember if you have rooted Android device and Xposed installed, you can maximize the Greenify work by enable some additional feature in the option.