Harvest Moon Hero of Leaf Valley is a game originally released on Playstation Portable (PSP). It kind have identical gameplay content with Harvest Moon Save The Homeland on Playstation 2 such as characters and main objective in the game. This game is run pretty good on my Android smartphone using PPSSPP emulator.

Harvest Moon Hero of Leaf Valley is a Playstation Portable (PSP) game. But we can play the game on devices such as computers or Android smartphone by dump it into a .iso ROM file, thus can be played using emulator application or software.

Gameplay, one of Harvest Moon game that had challenge on it. Harvest Moon Hero of Leaf Valley PSP game is given player a task to save the village from being destroyed by accumulate a sum of money in a deadline if don't want the game to be over. Besides by gathering money, player can also save the village from another many hidden ways. In order to do that, player must increase the friendship level with the villagers.

One thing lack in this game is the missing of one animal, and that is sheep :D . But the game also have features that not exist in the Harvest Moon Save The Homeland PS2 like gathering bugs, produce mushroom, marriage, etc.

Performance, the game is run with good speed on my Android smartphone. Best mode is 'Buffered rendering', as 'Skip buffer effect (non-buffered)' will make the screen totally black. And the frameskip is more preferred with disabled, because if the frameskip if used the screen is blinking sometimes when cutscene. 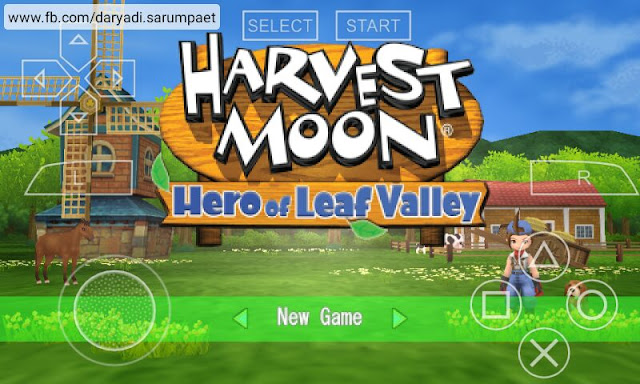 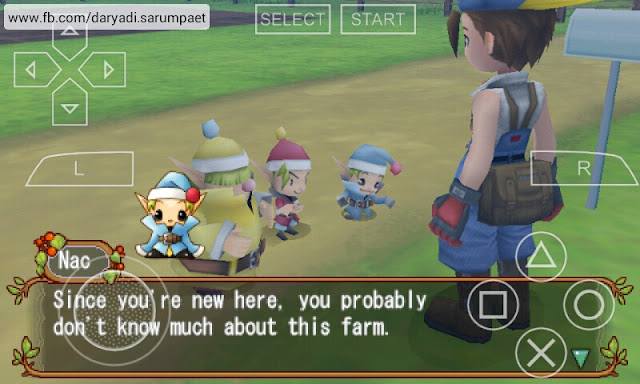 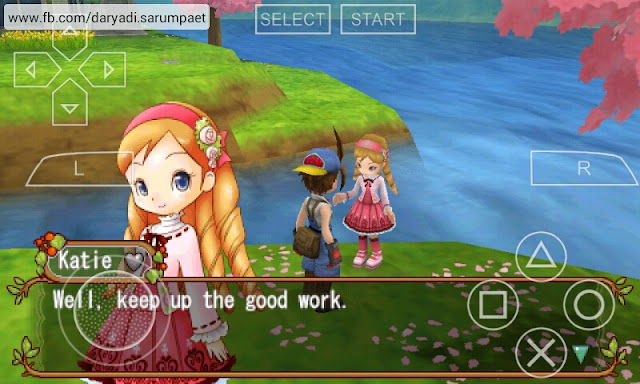 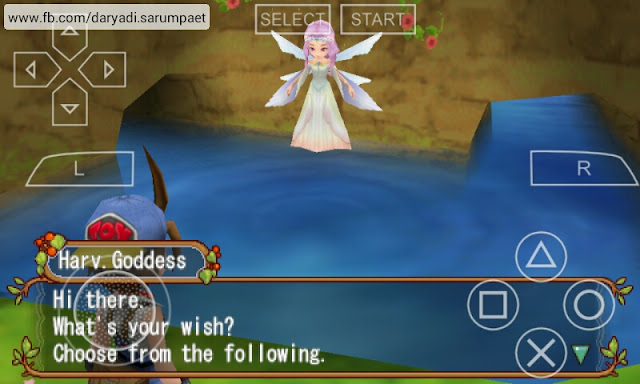 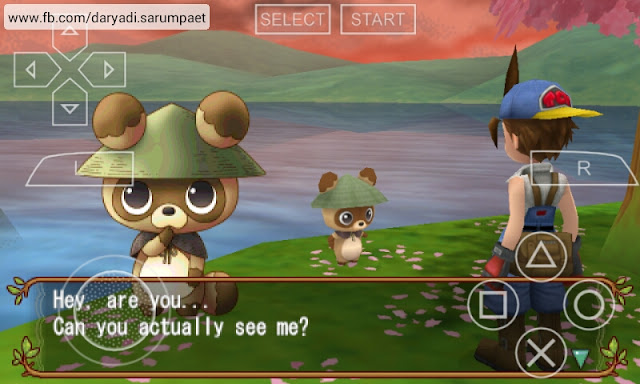 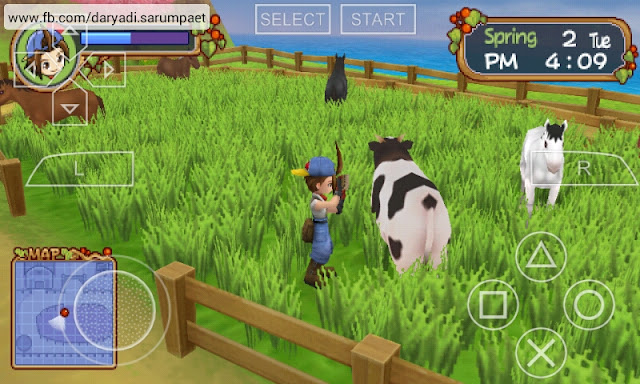 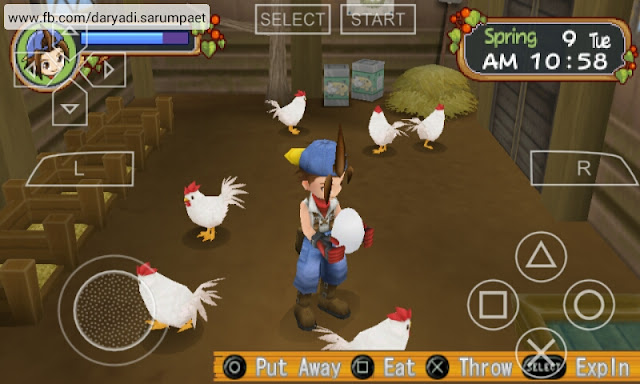 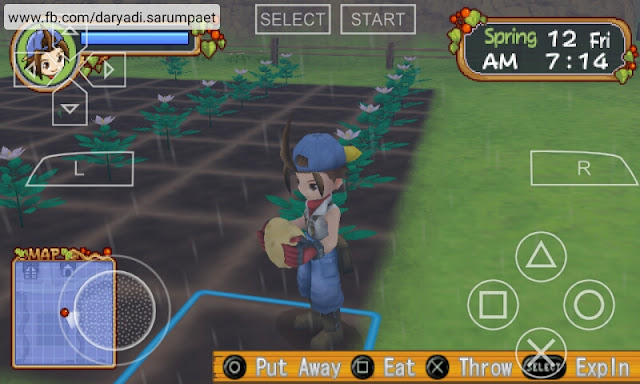 The MC is got a letter from his Dad to check his Grandpa's abandoned farm because his Dad heard the village will soon be destroyed and turned into a funland. As he back to village, he then saw Harvest Sprites is talking about the funland plan.

The Harvest Sprites is suprised as MC is the only one who can see them, and then not so long suddenly Harvest Goddess appears in front of them. Then the Harvest Goddess is asking a request to MC to help them to prevent the funland plan by take care the farm. If the farm is become succesfull like the old days, it maybe can stop the village from being destroyed.