Who do not know about the Assassin's Creed game? It is a very popular parkour and sneak and ifiltrate game / stealth. Assassin's Creed Bloodlines is one the series released for Playstation Portable. The game is playable on my Android phone with decent speed.

Assassin's Creed - Bloodlines is an action game released on Playstation Portable platform. This game is also playable on other devices such as Android, iOS, Windows, etc by dumping the game into a .iso ROM file that can be played using PSP emulator application / software.

Assassin's Creed - Bloodlines PSP game continue the story of our favorite Assassin character ever created on game story. For you who do not know it yet, it is a very popular action, sneak n' infiltrate, with parkour style (jump and moving from one building, walls, tower, to another one).

Player will enter in a some middle east desert region to accomplish objectives and tasks given. Assassin's Creed Bloodlines PSP game is give player freedom of movement. We can straight to the main objective, or we can wandering around the city first to find people who need help.

Or, how about make Altair punching some innocent civilian to make some fun :D ? But do not do it too much because it means you are breaking one of your code of ethics as an assassin, "Never hurt innocent people", or your game will be over.

Well, the main concept of Assassin's Creed Bloodlines PSP game is to stay in the shadow and eliminate target as efficient as you can. Believe me, if you just run with rage into some enemies you will get some troubles. 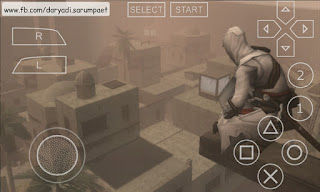 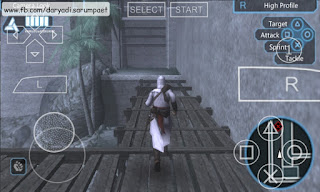 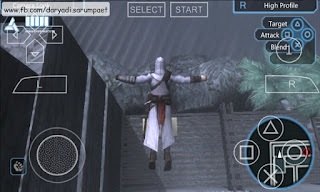 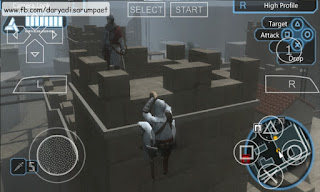 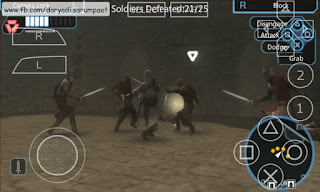 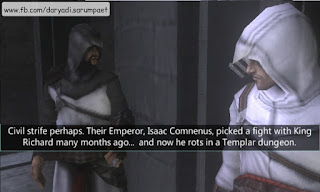 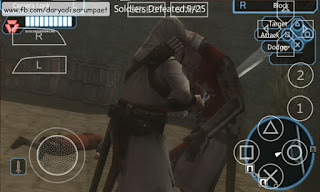 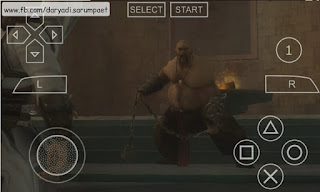 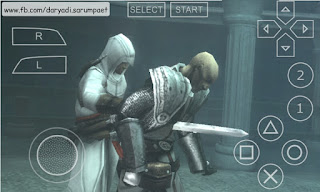 Virtual touchscreen button, Assassin's Creed - Bloodlines PSP game is one of game that need a controller if you want to play it on your touchscreen device. You will get some trouble when want to run-and-jump. But this can be solved by assigning additional combo button of "R + TRIANGLE". But it still very hard.